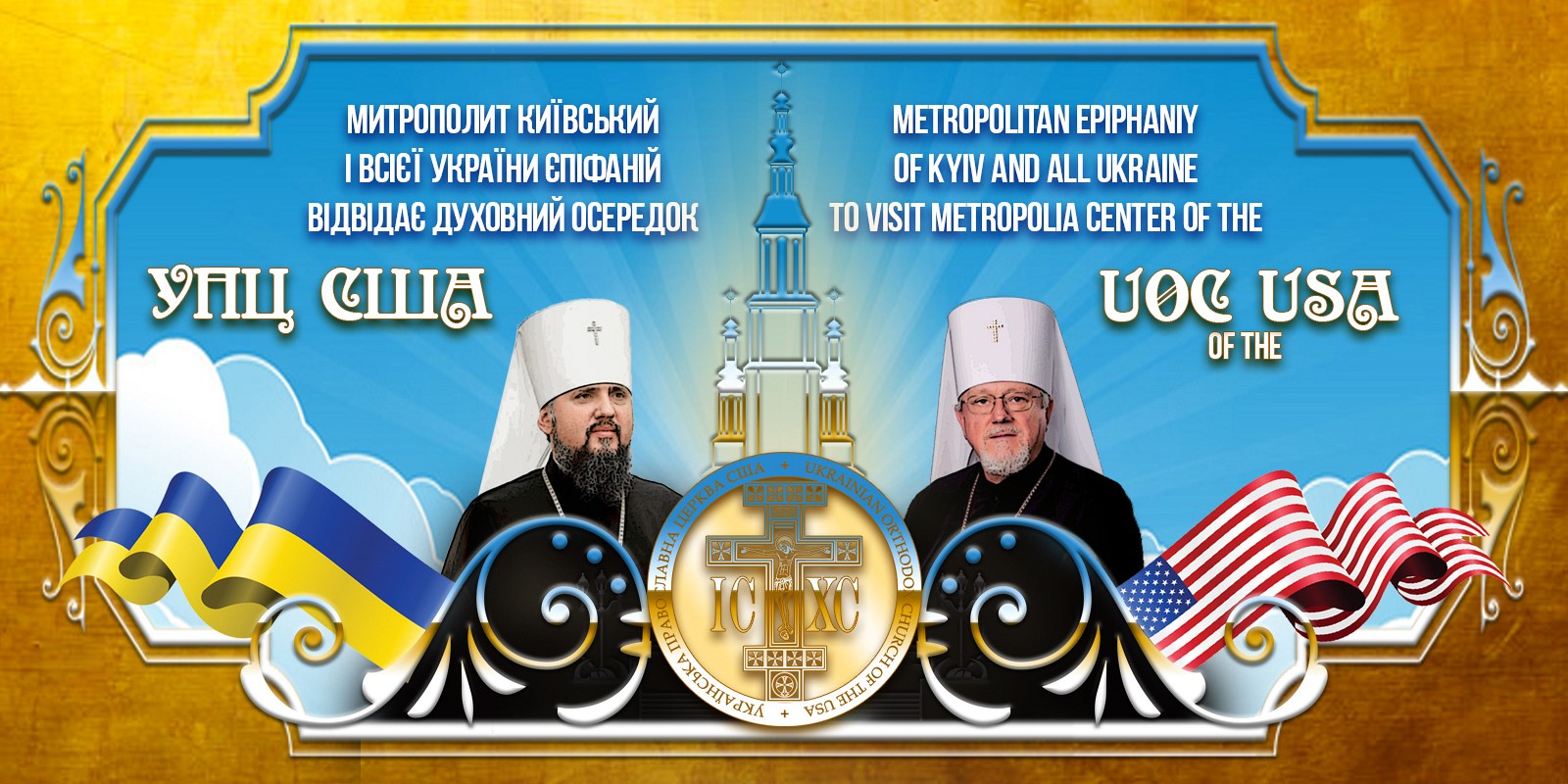 His Eminence Archbishop Elpidophoros hailed the choice: “His Beatitude Metropolitan Epiphaniy has been a staunch defender of the religious freedom of the Ecumenical Patriarchate, even as its prerogatives have been challenged and even rejected outright by some, and as it has been placed under tremendous pressure from others. In Ukraine he has already provided the Solomon-like wisdom that was needed to reunify the Church, return to Eucharistic unity, and establish it as an integral member of the group of autocephalous Orthodox Churches worldwide.”

In recognizing Metropolitan Epiphaniy’s long record of defense of the Ecumenical Patriarchate, National Commander Limberakis noted: “Immediately after the successful completion of the work of the Unifying Synod which was convened in Kyiv in December 2018 and which chose Metropolitan Epiphaniy as the Primate of the autocephalous and newly unified Orthodox Church in Ukraine, His Beatitude contacted His All-Holiness Ecumenical Patriarch Bartholomew in order to express his respect and to request the good wishes and blessings of the Mother Church so that his primatial ministry would bear good fruit. This epitomized His Beatitude’s understanding of the canonical position of the Ecumenical Patriarchate in the Church, and his deep respect and love for His All-Holiness.”

Metropolitan Epiphaniy was elected by bishops from Ukraine’s three divided Orthodox Churches at a unity council on December 15, 2018. Then on January 6, 2019, His All-Holiness Ecumenical Patriarch Bartholomew signed the Tomos of Autocephaly for the Orthodox Church in Ukraine, formally establishing the world’s fifteenth autocephalous Orthodox Church.

The Athenagoras Human Rights Award was established in 1986 by the National Council of the Order of St. Andrew the Apostle, Archons of the Ecumenical Patriarchate in America. The Award was named after one of the great Church leaders of the 20th Century, the late Ecumenical Patriarch of Constantinople, Athenagoras I. The Award is presented every year at the Annual Banquet of the Order to a person or organization that has consistently exemplified by action, purpose and dedication, concern for the basic rights and religious freedom of all people.

On Sunday, October 20th, His Eminence Metropolitan Antony will join His Beatitude Metropolitan Epiphany and Archbishop Elpidophoros for the concelebration of the Divine Liturgy, following which new Archons will be invested and presented with their Offikia and Cross of Saint Andrew.

Following the liturgical service, the delegation from the Orthodox Church of Ukraine will visit St. Andrew Memorial Cemetery, Holy Resurrection Mausoleum – places of repose of many hierarchs, clergy and faithful of the Ukrainian Orthodox Church, the Consistory Offices of the UOC of the USA, Ukrainian Cultural Center and St. Sophia Ukrainian Orthodox Theological Seminary and Library.

The Moleben service at St. Andrew-the-First-Called Apostle Ukrainian Orthodox Memorial Church will begin at 11AM.