“Go out and make disciples of all nations!” (Matthew 28:19).  The Great Commission is the end of a Gospel and the beginning of faith in action for all Christians.  The Lord calls each of us to step out in faith and spread His love across the globe. The individuals who hear this call and obey this command, find their lives changed forever!  While some spread the Good News to next door neighbors, others travel across the globe.

On a breezy, warm August 5, 2019 afternoon, a group of such people gathered at the Metropolia Center of the Ukrainian Orthodox Church of the USA, in South Bound Brook, New Jersey.  Arriving from all corners of the United States, they came to fulfill that Great Commission given them by Christ, by traveling to share His love by visiting several orphanages in Ukraine.  Most of the children in these orphanages suffer some manner of deformity or impairment.  While financial support is necessary, there is no greater gift than the gift of the personal touch.  A smile, a kind word, a hand held, hair brushed, cheek stroked… all seemingly simple things which are invaluable to these children.

Preparing for the trip entailed hours spent sorting and packing the luggage at the seminary.  Room had to be made for the items to be taken to the orphanages including medicines, diapers, clothing, and all manner of gifts to bring smiles to those in need.

Voices raised in worship, prayer and petition echoed off the tall walls of the atrium, filling the room with God’s glory and surrounding everyone with His Grace.  As the prayers were recited, the Gospel read, the promises made, those gathered realized the magnitude of their undertaking.  His Eminence Metropolitan Antony asked that they all go and do the work of Christ, sharing His love with the orphans and all the people they encounter.  Everything must be done with love.  By the love they show for each other, and those around them, will the world recognize them as followers of Christ.  He instructed them to not be afraid, but to undertake this mission with solemnity and courage.

With the conclusion of the service, the team members returned to the seminary for a quick supper before loading all the baggage in to the awaiting vans.  With parting hugs, the members squeezed in to the waiting vehicles, waving goodbye to their loved ones who were there to see them off.  The cavalcade of vehicles, horns honking, with final waves, left the Seminary grounds, turned onto the main street, beginning the long journey which would take the Mission Team members half way across the world, to teach about Christ, share the love of Christ, and be like Christ.

“O God, our God, who sent Your Only-begotten Son for our salvation, and at His bidding gave to His disciples the Holy Spirit, send down Your Holy Spirit upon these your servants and them for this present ministry of proclaiming Your Good News. As You traveled with Your servant Joseph, when He look Your Beloved Son and the Most-holy Theotokos into Egypt and afterward brought them back again into the land of Israel, so also now travel with these, Your servants, and deliver them from all agitation and slander and all devices of the evil one. Keep them strong in body and soul, so that they may be a light to those who sit in darkness. Grant that they may fulfill in righteousness Your command to go and make disciples of all nations. May their service be pleasing in Your sight, that they may praise and glorify Your most Holy and magnificent Name: of the Father and of the Son and of the Holy Spirit; now and ever, and unto ages of ages.” 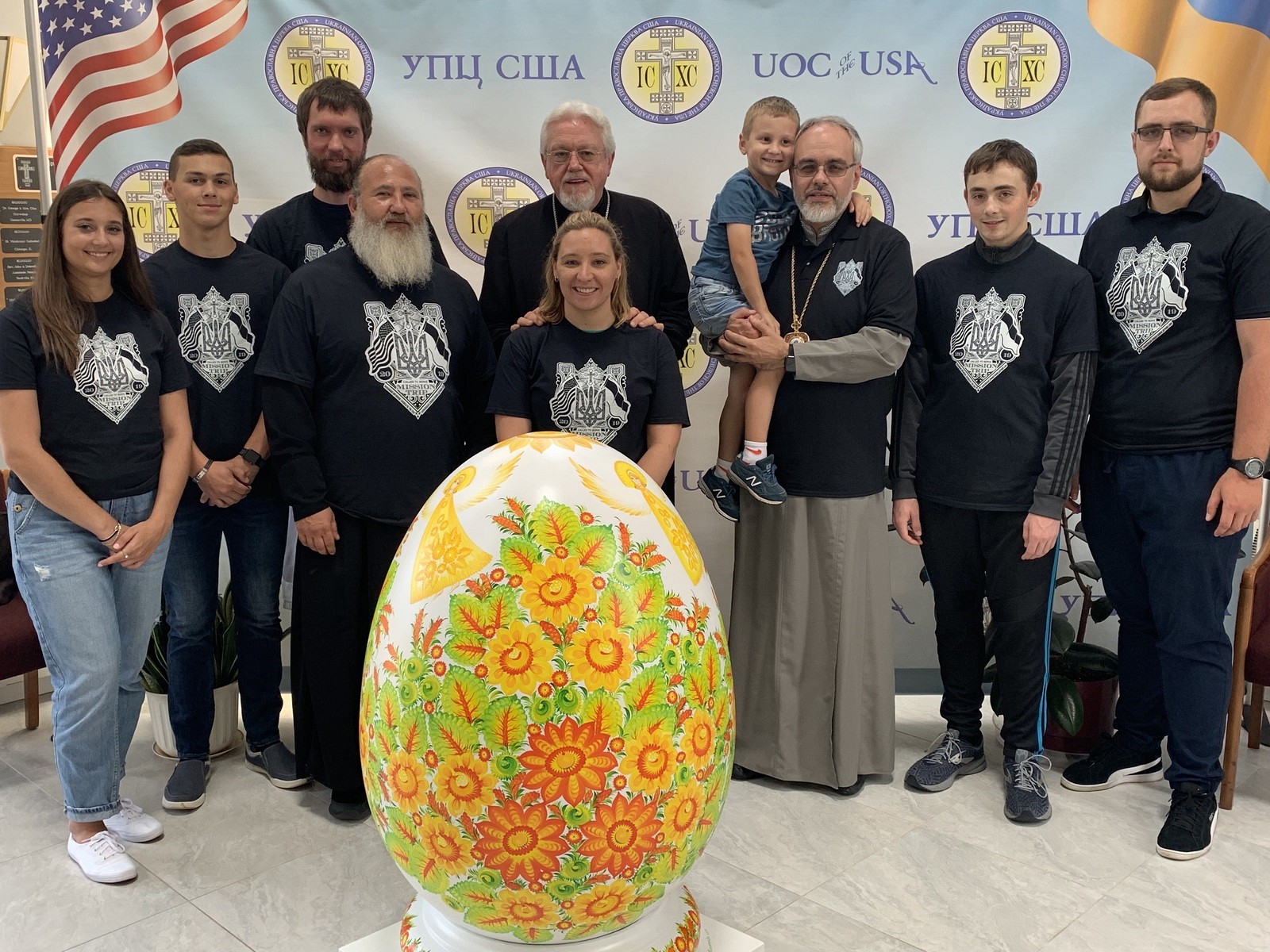 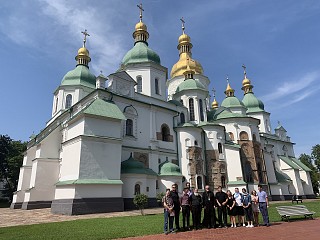 About 15 hours later, the 2019 Mission Team of the Church landed in Kyiv International airport, thus beginning their active ministry in the city of Kyiv and Znamyanka orphanage.