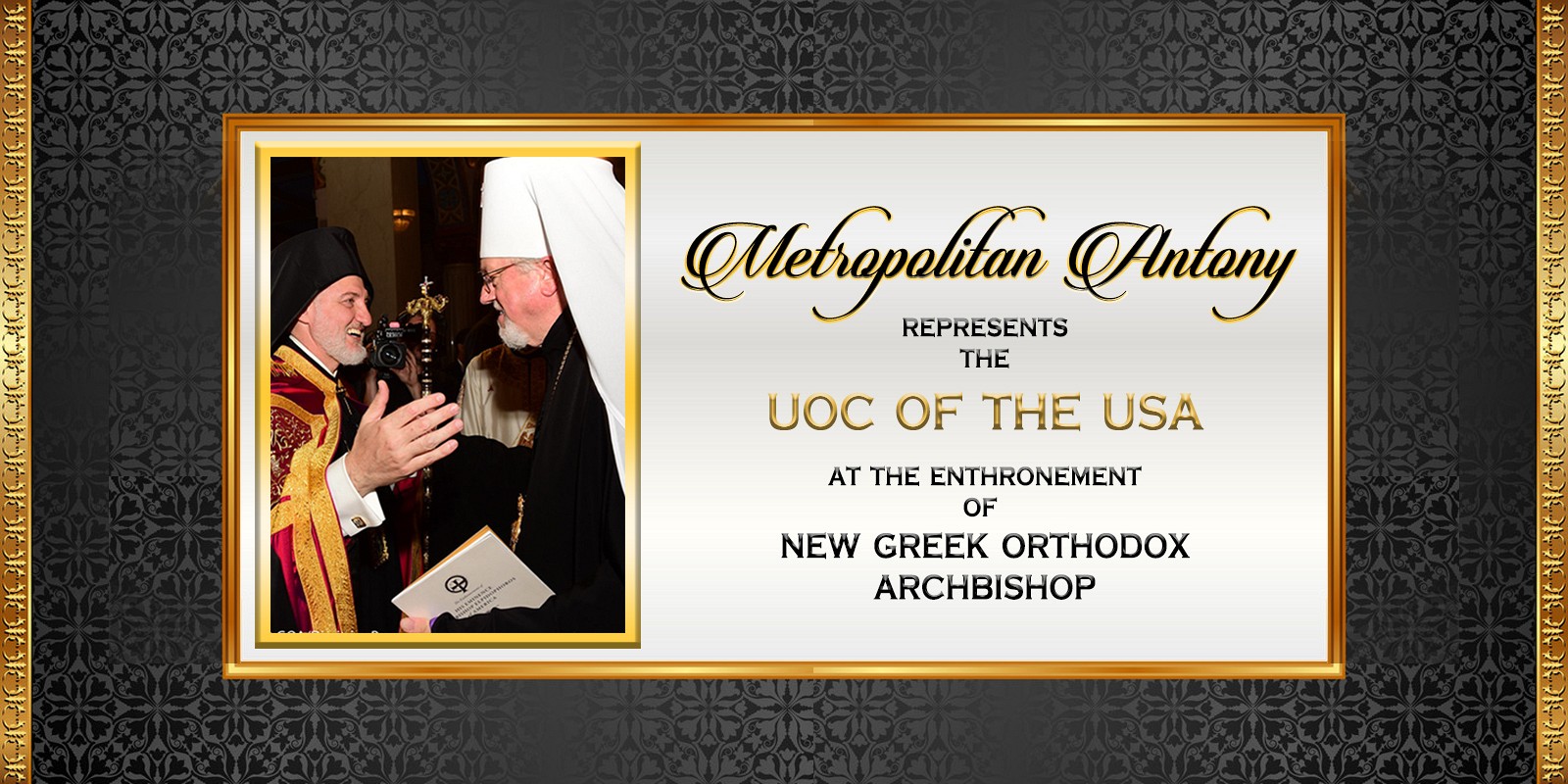 Expressing the prayers and best wishes of the clergy and faithful of the Ukrainian Orthodox Church of the USA, His Eminence Metropolitan Antony attended the enthronement of His Eminence Archbishop Elpidophoros, the new leader of the Greek Orthodox Archdiocese of America. Hierarchs, clergy, government officials and laity from around the world also gathered for installation ceremony at Holy Trinity Greek Orthodox Cathedral in New York City.

His Eminence Archbishop Elpidophoros was elected unanimously by the Holy and Sacred Synod of the Ecumenical Patriarchate in Constantinople, on May 11, 2019.

His All-Holiness Ecumenical Patriarch Bartholomew has appointed as His Personal Representative for the Enthronement, Metropolitan Augoustinos of Germany, who will enthrone the new Archbishop of America.

The Enthronement of Archbishop Elpidophoros has attracted worldwide interest and was attended by many dignitaries from the political, diplomatic, academic and the business world, as well as religious leaders, community and organization representatives, and clergy and laity from around the country and around the world.

Representing the President of the United States was the Honorable Alex M. Azar II, Secretary of the Dept. of Health and Human Services. Secretary Azar is a Christian of the Antiochian Orthodox Christian Archdiocese and of Lebanese descent. "The Greeks taught us how to think, while Christ taught us how to know," Mr. Azar said. "One endeavor cannot flourish without the other." Archbishop Elpidophoros touched upon this theme in his enthronement address, quoting the Proverb: "The fear of God is the beginning of wisdom" (9:10).

Metropolitan Antony and Archbishop Elpidophoros embraced each other at the end of the enthronement. Vladyka Metropolitan Antony has said he is praying that Almighty God will grant the new archbishop a fruitful ministry, and he is looking forward to collaboration and cooperation for the glory of Holy Orthodoxy on this continent.

Photos from the officail website of the Greek Orthodox Archdiocese: www.goarch.org