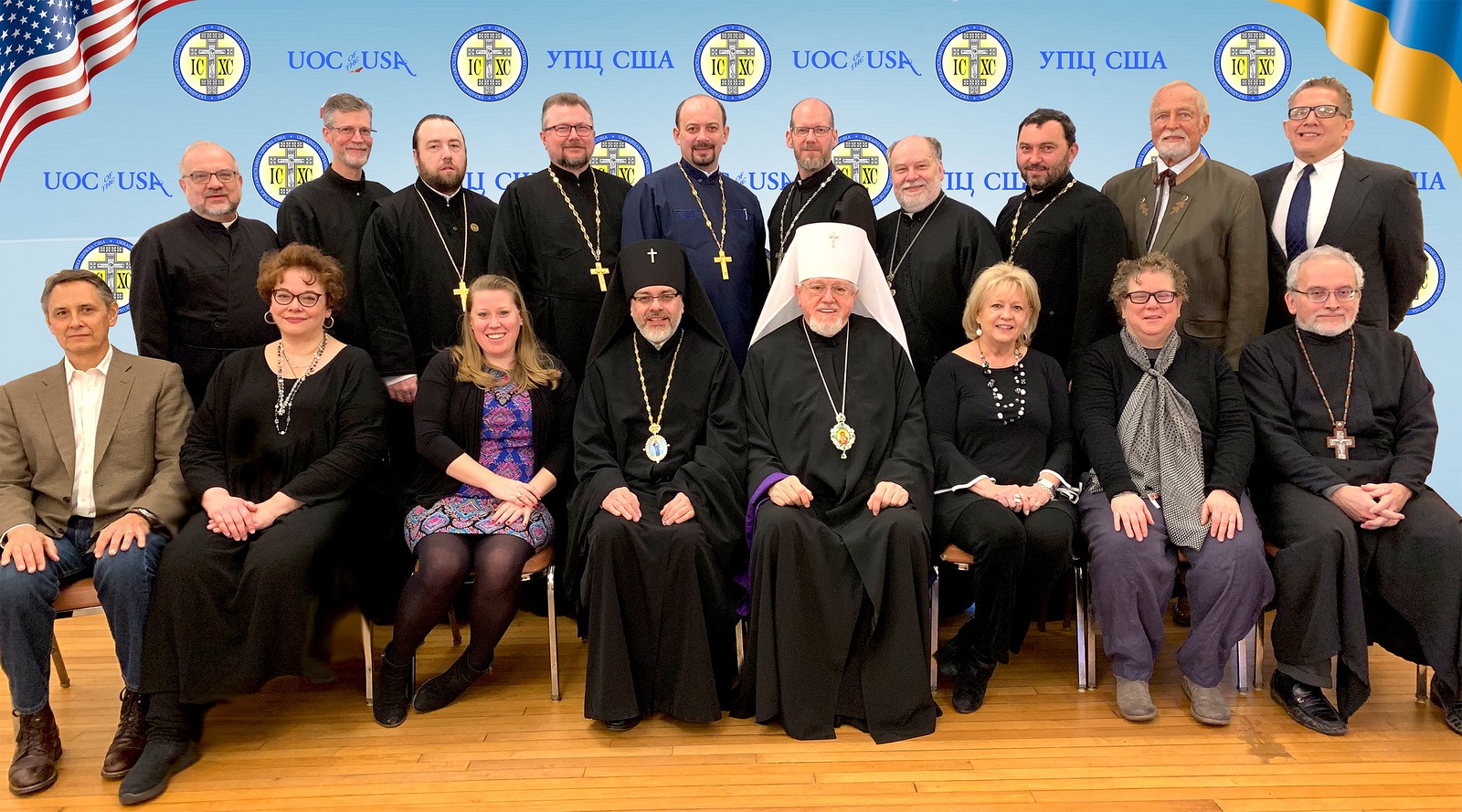 The Annual Meeting of the Council of the Metropolia of the Ukrainian Orthodox Church of the USA began on a high note as the members of the council participated in Divine Liturgy on the Feast Day of the Meeting of our Lord and Savior.  With the Seminarians of the St. Sophia Ukrainian Orthodox Theological Seminary singing, His Eminence Metropolitan Antony, Prime Hierarch of the UOC of the USA and the Diaspora, celebrated the Liturgy, assisted by many local clergy.

During the sermon, His Eminence explained the significance the Feast Day in the life of the Church.  Saint Simeon encountered Eternal Light and Life when the Mother of God, following Jewish Tradition, came to Jerusalem to present her Child to the Lord.  He recognized in Christ the prophesied Messiah, “ Lord, now lettest thou thy servant depart in peace, according to thy word: For mine eyes have seen thy salvation, which thou hast prepared before the face of all people; A light to lighten the Gentiles, and the glory of thy people Israel.” (Luke 2:29-32)  This meeting was not only between St. Simeon and Christ, but, between the Old Testament and the New Testament.  It marks the conclusion of the priesthood of Aaron and the start of the Melchizedek priesthood, which will last in to eternity.

At the conclusion of Liturgy, with the hierarchs, clergy and faithful praying together, His Eminence Metropolitan Antony blessed Streetenski candles, which the faithful would take home with them and light in their home icon corners.  These candles are symbolic of Christ, who is the Light that enlightens the world. When the faithful light these candles before their icons and stand in prayer, they do not stand alone, but are joined by everyone who was present at their blessing – the hierarchs, clergy and laity.  “For where two or three gather in my name, there am I with them.” (Matthew 18:20)

With blessed candles in hand, and smiles on their faces, the faithful departed to their homes, as the members of the Metropolitan Council congregated in the Pokrova Sisterhood Hall to commence the scheduled two-day meeting.

The meeting commenced with a meditation by His Eminence Metropolitan Antony, who reiterated the importance of the Feast Day.  He emphasized that the while the present clergy continue the Melchizedek priesthood, the laity also are crucial to the wellbeing of the Church and in service to the Lord.  Therefore, he emphasized that every member of the Council has a huge responsibility to aid in the growing of the Church, and sharing the light of Christ.  His Eminence continued by giving a short synopsis of the previous year which was highlighted by the glorious Centennial Celebration, which was well attended and received rave reviews.

His Eminence Archbishop Daniel spoke next, retelling his experiences in the previous months as the Exarch of the Ecumenical Patriarchate towards the Autocephaly of the Orthodox Church in Ukraine.  Everyone sat mesmerized realizing just how much time and effort was exuded in order to achieve canonicity.

Vladyka continued as the President of the Consistory to summarize the various topics concerning Consistory property, staff and maintenance. Those council members heard an update on the historic Fischer House, the Cultural Center, and St. Andrew Cemetery.

The afternoon flew by as the council members heard from various representatives and reviewed official reports from the Consistory Offices of Ministry including the Offices of Stewardship, Youth and Young Adult Ministry, Religious Education, Christian Charity, Liturgical Publications, Public Relations and Office of Archives.

While funds are tight, the Church continues to successfully minister to the needs of the faithful of the Ukrainian Orthodox Church of the USA.  As everyone prepares for the 22ndSobor later this year, the council members are hopeful in a bright future for the UOC of the USA.

Annual Meeting of the Council of Metropolia