A wealthy man died, apparently without leaving a will. Consequently, according to law, the estate was to be divided among the several surviving cousins who were the next of kin. Also as prescribed by law, the deceased’s household goods and other items of personal property were to be converted into cash in a public auction. During the sale, the auctioneer held up a framed photograph, but no one bid on it, including the cousins. Later, a woman approached the auctioneer and asked him if she might purchase the picture for a dollar, which was all she had. She said it was a photograph of the deceased’s man only son. She went on to relate that she had been a servant in the deceased’s household when the boy lost his life trying to rescue a drowning person, and that she had loved him very much. The auctioneer accepted the dollar and the woman went home and placed the photograph on a table beside her bed. It was then that she noticed a bulge in the back of the frame. She undid the backing and there, to her amazement, was the rich man’s will. The instructions in the will were simple: “I give and bequeath all my possessions to the person who cares enough for my son to cherish this photograph”.

In today’s Gospel we hear of three women who were approaching the tomb of their Master, their Teacher and their Friend. Their hearts were heavy and their steps labored. How could this have happened? It was only days before that they were with Him as He taught and preached. No person had ever preached as He did; no one performed the great miracles that He accomplished. Surely He was the One; the Son of God, the Messiah!

All their hopes and dreams were shattered when He was arrested, condemned to the Cross and hurriedly buried by Joseph of Arimathea and Nicodemus. They knew in their hearts that He deserved a proper burial. Early in the morning on Sunday they went and purchased the proper spices. Now they journeyed to the tomb to accomplish this task out of love for their Master, their Teacher, and their Friend.

All of a sudden, reality struck. Who was going to roll away the great stone that blocked the entrance of the tomb for them to be able to gain access? Others may have stopped at this point and either considered this to be a lost cause or at best, to return home and enlist the help of others in removing the stone. But this problem did not stop them from continuing on to the Tomb. True love has its way of overcoming any obstacle that is placed before it.

Perhaps that is our problem today. We no longer look with love towards the Son of God and understand the great sacrifice He made for each and every one of us. We no longer look to the relationship between Jesus and His Father and the great love they want to share with us. We too have many obstacles in our lives that keep us away from a closer relationship with them. We look at Holy Orthodoxy and see it only as a religion: a series of positives and negatives – laws that can be kept or circumvented – at the pleasure of its participants. These rules and regulations become a stumbling block, a great stone barrier, for us as we live our complicated daily lives.

If we look at and see Holy Orthodoxy as a mere religion we have honestly failed to understand the teachings of our Master, our Teacher and our Friend. Holy Orthodoxy is not a series of positives and negatives – it is a way of life! And this way of life is based on true love – not a warm and fuzzy feeling about Jesus, but a real commitment to the message of our Lord and Savior Jesus Christ. It was this great love that gave the Myrrh-bearers the courage to continue to the tomb even with the problem of rolling away the great stone. As a result of this love for Him, these same women were the first to hear the glorious news from the Angel of the Lord, “Do not be afraid. You are seeking Jesus of Nazareth who was crucified. He is not here. He is Risen!”

Always remember that Holy Orthodoxy is not a spectator sport. We all participate in the salvific events of our Lord. This is where we meet the Lord - our Way, our Truth and our Life. It was only a few Fridays before that you and I took the Body of our Master, our Teacher and our Friend and carried it around the Church and placed it in the Tomb. We too, early in the morning on “the first day of the week”, came to the Church to find the empty tomb and hear the beautiful words of the Angel: “Christ is Risen from the Dead, conquering Death by death, and to those in the tombs He granted life!”

We hear the words of our Lord and Savior, Jesus Christ “...the Father Himself loves you because you have loved Me and have believed that I came forth from the Father.” (John 16:27) Let us be modern day Myrrh-bearers or witnesses to the fact that Jesus is the Christ, the Son of the living God Who came into the world to redeem us. In thanksgiving for all the gifts that we have received, let us with faith and love proclaim our commitment to our Savior by living the lives of “Resurrected People” and shouting out in all confidence: “Christ is Risen” “Indeed He is Risen!”

Latest News
00000
Leave-Taking of the Glorious and Bright Feast of Pascha
00001
2020 Youth Virtual Camp Programming
00002
Help is Available - Звертайтесь за Допомогою
00003
Pray with Us on the Feast of Ascension of our Lord and Savior Jesus Christ via Facebook Live-Stream
00004
Metropolia Center of the Church Honors the Men and Women of the US Armed Forces on Memorial Day
00005
Welcome to the Tour of the Consistory of the UOC of the USA
00006
Benefactors of St. Sophia Ukrainian Orthodox Theological Seminary Honored via Live-Streamed Prayer Service
Pastoral Reflections
00000
Though I was blind, now I see!
00001
Sunday of the Man Born Blind
00002
Вознесіння Господа нашого Ісуса Христа
00003
A fountain of water springing up into everlasting life
00004
Проповідь на неділю про самарянку
00005
The Samaritan Woman
00006
Неділя про розслабленого
Upcoming
00000
Archbishop Daniel's Liturgical Schedule
00001
Calendar 2020 / Orthodox Daily Planner
00002
Pray With Us on the Seventh Sunday After Pascha - May 31, 2020 - Запрошуємо до Спільної Молитви в Сьому Неділю Після Пасхи на Сторінці УПЦ США у Facebook
00003
Month of MAY in the Life of the Church - Місяць ТРАВЕНЬ в житті Церкви
00004
June 6: Annual All Saints Camp Meeting (Teleconference)
00005
Iconography Workshop
00006
Month of JUNE in the Life of the Church - Місяць ЧЕРВЕНЬ в житті Церкви
Recent Galleries 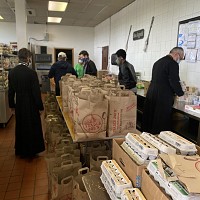 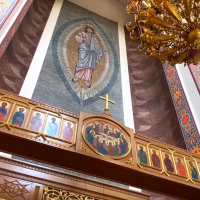